The Vondelpark in Amsterdam will be enriched with a new tourist attraction called Tulip Island Amsterdam, which is a garden where people can pick their own tulips.

In July and August consumers can go through a real tulip experience, including a traditional auction clock on an island in the Vondelpark.

Summer Tulips
Normally tulips flower in the spring, but by using specially prepared ice-tulips Tulip Island will be able to offer real tulips in the summer. “According to the Dutch Board of Tourism tulips are the No.1 classic, but unfortunately there are no tulips during the main tourist season”, says founder Jorrit Koeman. We’re playing in on the market demand with a tulip-picking garden from July 4th through September 7th in the Vondelpark Amsterdam. In addition, we’ll provide the Tulip Island with music, dance and art. 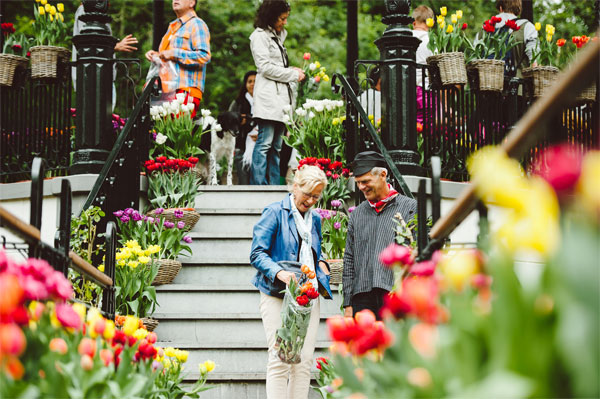 Tulip Experience
Tulip Island concentrates mainly on the need for a cultural self-experience. By selecting, harvesting and trading your own tulips, you can be transformed into a tulip expert within an hour. This is pertains to maximum consumer satisfaction according to promoter Jorrit Koeman. As does the traditional auction clock where you can sell the flowers you picked every half hour. Historical VOC times come to life here, as tulips symbolize the Dutch Golden Age during which ‘tulipmania’ resulted in the first stock market crash in history.