Tourists can still visit coffeeshops in Amsterdam in 2020

In the Netherlands we have a tolerance policy regarding the selling of cannabis (weed, hash, marijuana). Selling cannabis in coffee shops is illegal, but not punishable. That sounds strange of course, but the Dutch Drugs Law is the key to success in lowering the crime. Coffeeshops in Amsterdam have to pay taxes and the authorities have a clear view on this market. In this way it is easier to influence and control the sale of cannabis. Smoking cannabis is legal and people don’t have to buy drugs from dealers or criminals. In this way, also the quality of cannabis is guaranteed, so that health risks are minimized.

However there is a contradiction in the Dutch Drugs Law. Coffeeshops are allowed to buy and sell cannabis; however suppliers are not allowed to plant and sell it to the coffeeshop. This is also known as the “Back Door Policy”.

Regulations for coffeeshops in Amsterdam

A coffeeshop has to follow a few rules regarding the selling of cannabis:

Because coffee shops are not allowed to advertise, you can recognize them on the Ethiopian flag (red-yellow-green), sometimes with a cannabis leave on it. You are allowed to smoke weed in a coffee shop, but tobacco is forbidden because of the Dutch smoking ban.

The city of Amsterdam has a policy to maintain a small-scale coffeeshop sector. Amsterdam can determine how many coffee shops are permitted to sell cannabis. At the end of 2012 there were 221 coffeeshops in Amsterdam. Most of them are located in the city center.

Every year 5 million tourists are visiting Amsterdam. Many of them visit coffeeshops as well.
Starting in 2013, a new law was about to allow residents only to the coffeeshops (“Weed-pass”). But the mayor of Amsterdam decided differently and therefore coffeeshops will still be open for tourists as well. Otherwise the authorities fear that this would increase the street trade in soft drugs and increase criminal activities.

In 2017 Mellow Yellow, along with 28 other shops, was forced to shut down following the recent passing of government legislation that prohibits coffee shops from being open within 250 meters of a school. The new laws are part of a compromise to prevent law enforcement from implementing the “weed-pass” (membership) system that is meant to prevent non-Dutch citizens from enjoying cannabis in the shops, as it could negatively affect the city’s tourism industry.

The “weed-pass” system has already been put into effect throughout other cities in the Netherlands, but Amsterdam has been slow to follow suit.  Jasper Karman, a spokesman for the mayor’s office says the school proximity law helps keep the remaining 167 coffee shops in Amsterdam open. 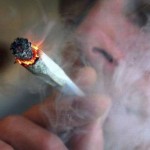 The cannabis available in coffeeshops is much stronger than foreign visitors are used to. One should take this into account. Therefore the best thing is not to order the pre-rolled joints or space cake if you are not sure how you will react on this. One can always ask the staff members for advice.

We have selected 15 of the most popular and best coffee shops in Amsterdam.
Need a place to stay? Check out some of the best Smoker Friendly Hotels & Hostels in Amsterdam.

Please note that the following information is provided to give you an idea about the Dutch Drugs Law and coffeeshops in Amsterdam.

Things to do in Amsterdam