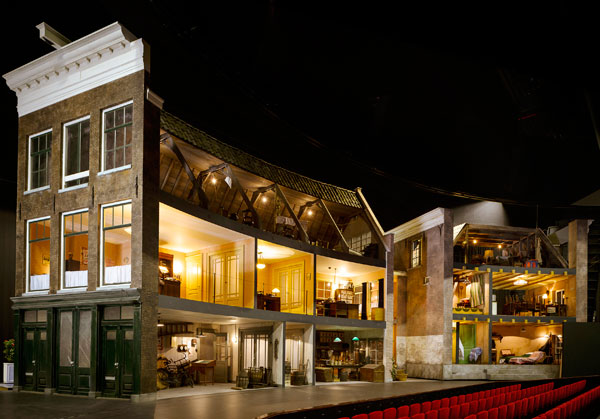 Theater Amsterdam is an airy glass-walled playhouse which sprang up on the Waterfront of Amsterdam’s Westelijke Houthavens district in early 2014 as a home for ‘ANNE’, a critically-acclaimed theater play exploring the life of Anne Frank.

ANNE is a theater play based on the life of Anne Frank. It covers the two years spent by Anne and her family in the Secret Annex as well as the events of the times before and after. 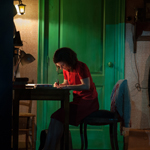 Anne’s words – poignantly reflecting the tensions and tragedy of their existence during these times – come alive against the backdrop of a life-size set, allowing spectators to experience Anne’s life journey  that leads the lonely little girl towards writing and womanhood in the midst of terrible oppression. ANNE is the first ever theater performance based on all the versions of her diaries, including the uncensored ones, edited by Anne Frank herself.

ANNE was created at the initiative of and in cooperation with the Anne Frank Foundation in Basel. This fund, established by Otto Frank, is the sole heir of the Frank family and any income yielded by the Frank estate is redirected to fund educational and charitable purposes, worldwide.

ANNE is produced by Imagine Nation under the leadership of Robin de Levita and Kees Abrahams, in collaboration with the National Theatre under the artistic leadership of Theu Boermans. The play was written by Jessica Durlacher and Leon de Winter. Bernhard Hammer designed the stage set and Paul M. van Brugge composed the music.

ANNE is playing at Theater Amsterdam until June 30, 2015

Theater performance ANNE features a multilingual translation system that can be booked free of charge, allowing visitors to choose between a written translation and a synopsis of all scenes.

Preferences can be changed at any time during the performance. For the English&German audio earplugs are needed. You can bring your own or buy a set for € 1 at the cloakroom of Theater Amsterdam before the performance starts.

The system makes use of a tablet, which is attached to the seat and can be reserved up until the day of the performance via the web site, by phone or via an authorized partner. Please pre-book the translation system during the booking process.

How To Get to Theater Amsterdam? 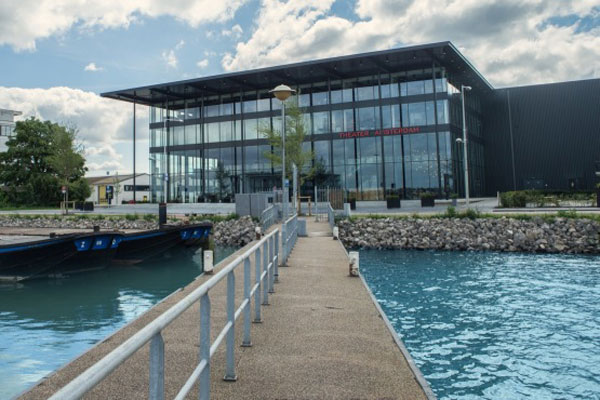